Yesterday’s post was not meant to be as long as it was. My initial goal was the content of today’s post, but as I sat down to write it I thought I’d start with an overview of where I was coming from.

Apparently a 2 paragraph introduction can be stretched into a 7 minute podcast.

In any case, as I wrapped up my “story so far” it was painfully obvious that I’d crossed the fine line between not enough information and too much detail. I saw a good stopping point and hit “Publish.”

Which brings us to today.

I’ve had people say wonderful things about my classes, but what I mainly see is room for improvement. If 90% of my kids are on task. that means a full 10% of them are distracted somehow. I need a hook to reel in that 10%, 5%, 50%, or whatever percentage that isn’t learning in my room.

And so we look at video games.

Keep in mind that this is a “behind the scenes” view of my thinking process. Nothing here has been implemented by me yet. I may think of something better. I may find out that there’s a policy preventing one facet or another. This post is a snapshot of my thoughts as of right now.

What do games have that my curriculum is lacking?

The most engaging games are ones that have some elements that are simple enough to pull you in, but others that are challenging enough to build you up.

The most engaging games have levels of progression. These levels can be different zones, game maps, scenarios, or character power. Angry Birds and World of Warcraft are not that different when you dig down deep enough.

The most engaging games forgive failure. You can play a level over again, or fight that boss battle one more time. This is very different from the current academic strategy of allowing a student only one opportunity to pass a quiz.

Make the class a game.

Something I’d heard of last year was the idea of using a points system instead of traditional grades. Students earned points (called XP, short for Experience Points) by completing various tasks and assignments, and earning certain numbers of points allowed students to “level up.” One story about a college professor was republished a lot, but with little information on how it was specifically implemented.

Not every one of these incentives will work with every student, but not every facet of Warcraft appeals to every player. The goal is to have enough varied incentives to appeal to a wide demographic.

Align the new standard with the old requirements.

And so we get to the tricky part. My employer uses online grading software that has very specific requirements in place to force teachers to stay on task with their grading. I’m not about to complain about this software, as I think having something that allows students and parents to stay on top of student progress throughout the school year in addition to Progress Reports and Report Cards is a fantastic idea.

One grade per week.

Teachers in my county are required to enter one or two grades per week based on how often they see their students. As my school is on an A Day / B Day schedule, I fit under the one per week category. The grade can be anything: homework, quiz, test, project, warm-up, etc., and I can always put in more than one grade per week, but I need that minimum.

The solution I came up with was to stop naming my Projects in the grading software. Instead, they’ll be “Week 1 Project,” Week 2 Project,” and so on. I’ll still require students to complete at least one project per week, but which they pick first will be up to them. When I grade the work, I’ll list the name of the actual project in the comment section in the grading software.

The WoW in School teachers have said the most push back they got was from parents who still wanted to measure student progress by traditional letter grades. Saying “Well your daughter’s a Level 5 Technologist” can get looks of confusion compared to “She has a B.”

The second option, and perhaps the one involving the least amount of work, would be to just let the grading software figure it out. Let the students pick their quests (projects), if they complete them they get the points. I hesitate to use this system as my limited math skills tell me that everyone who participates will simply get an A regardless of the effort put forth.

Another possibility is to let the students reach whatever level they can to determine the maximum level possible (less math for me), then have the top 10% have an A, the next 10% down have a B, and so on. Everyone will still have the chance to earn an A if they all get within that top 10%. The down side will be that it’s grading on a curve, and in the past I’ve disliked any grading system where one enterprising student could “wreck the curve” by outperforming the rest of the class. To prevent that from happening I’d have to include some form of weekly XP cap to prevent someone from hitting level 300 in the first week and therefore demotivate the rest of the class.

Well once again I’ve reached the point where my own eyes are beginning to glaze over and my ADD is kicking in. I’ll include the rest of my thoughts in Part 3. 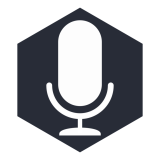